I'm a free, multipurpose Discord bot that provides everything needed to run your server. Configure and customise my 100+ commands with my dashboard to make me the perfect match to your community.

I'm a free, multipurpose Discord bot that provides everything needed to run your server. Configure and customise my 100+ commands with my online dashboard to make me the perfect match to your community.

Use the online dashboard for administration, commands, levelling and music. 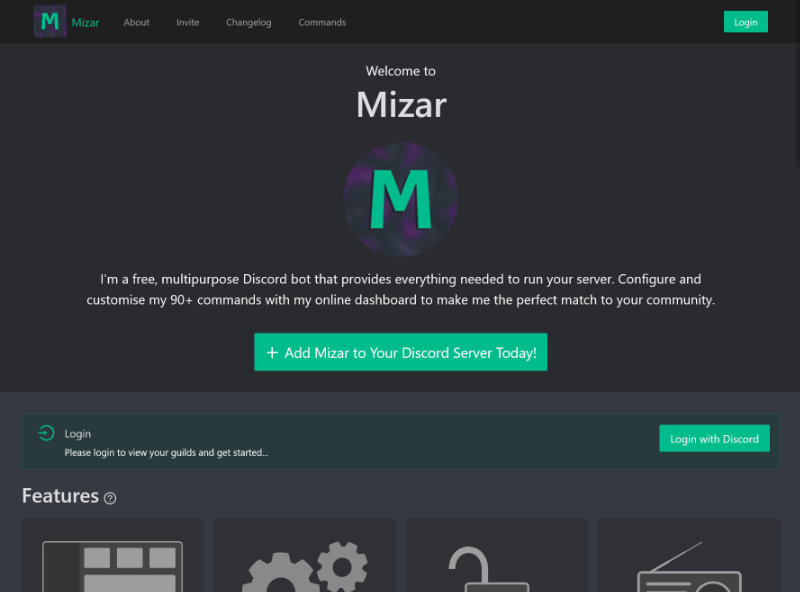 Change the name, colour and settings of each command, which can also be limited to specific users, roles, permissions or channels. 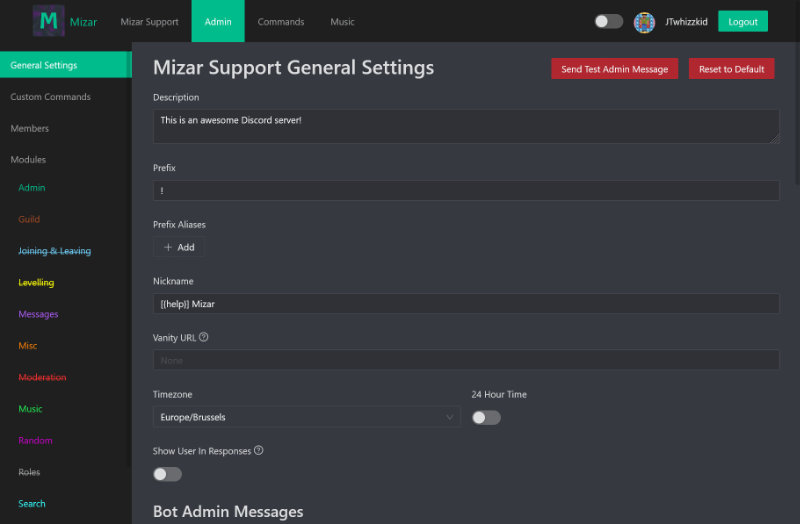 Control Mizar with both slash commands and custom-prefix message commands.

No Paywalls or Voting Walls

Use all of Mizar's commands and features without any payment or voting.

Play music from Soundcloud and Spotify with the ability to add entire playlists, change the volume, add special effects and view the lyrics. 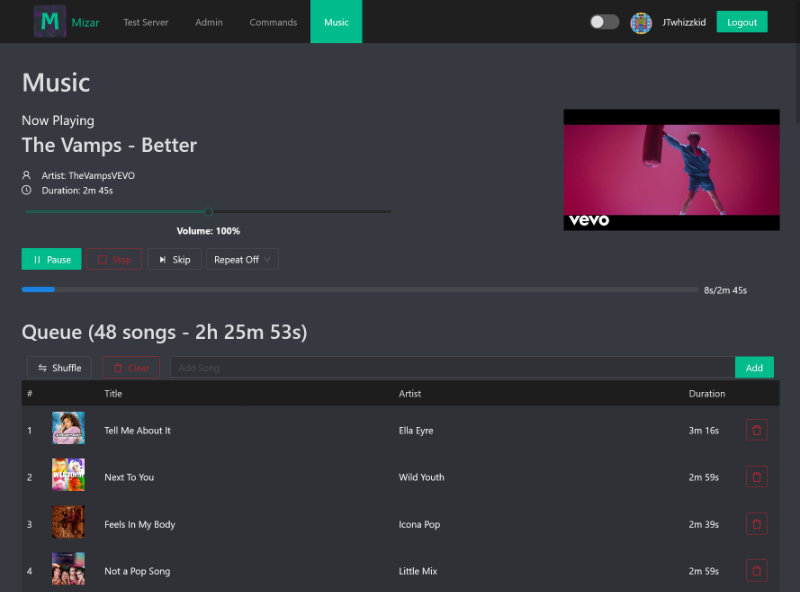 Speak messages sent aloud in a voice chat in over 100 different voices. Allow each member to assign themselves their own voice.

Start Discord games within voice channels, including Chess in the Park and YouTube Watch Together.

Award experience for the time spent in voice chat and number of messages sent, with the ability to restrict the channels exp can be gained in and customise the amount of points given.

Send joining and leaving messages, force new members to solve a captcha and turn on advanced raid protection. Persist user roles and settings if they decide to rejoin.

Add your own custom commands and custom responses if a message matches a phrase or regex filter.

Format your own messages as fully customisable Discord embeds using my interactive editor.

Send messages whenever something is tweeted, a YouTube video is uploaded or a Twitch streamer goes live.

Search the Urban and Merriam-Webster dictionaries, fetch articles from Wikipedia and generate Google and LMGTFY links. Lookup songs and movies without leaving Discord.

Quote any message in the guild, no matter how long ago it was sent.

Create polls and guild suggestions, which can optionally be sent to a custom, read-only channel.

View my commands page to see the complete feature list. New features are added frequently and feature requests are accepted on the support server. See mizarbot.xyz for a complete list of what I can do!

What are you waiting for? Get Mizar today!