One of the big updates in v5.2 is our new site for LGBT servers! (shown in screenshot above) Go to our new domain discordextremelist.gay to see the LGBT-oriented servers in our server list. Servers can opt into the LGBT site by enabling the "LGBT Community" tag in the server edit page, but they will need to be approved by our moderation team to show. This can also be accessed from the main servers page:

We have added a light theme (shown in screenshot above), for the users who may have trouble seeing content clearly on our dark themes. The light theme joins our current black and dark themes. Users can switch to the new light theme in account preferences: 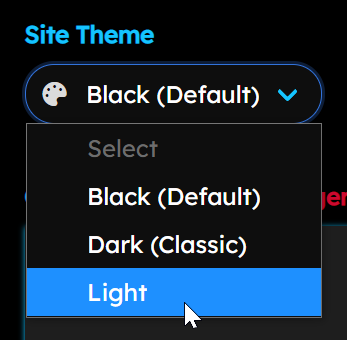 We have added a Server Preview experiment for server listings, letting users preview and interact with the server right on the listing page! This will let users see what a server is like before deciding to join it. This feature is powered by WidgetBot.io. Server Preview is currently an experimental feature and can only be seen by users which enable Experiments in user preferences. We hope to enable this feature for all users soon.

Our new Infrastructure that provides redundancy and fault tolerance.